Roderica “Nicole” McLaurin was a beloved staff member of the Northwest AHEC. She unexpectedly passed away in October 2020 after delivering her second son, Dylan. Nicole grew up in Winston Salem and graduated from Fayetteville State University. During her childhood she was a little sister in the local Big Brothers Big Sisters (BBBS) organization. When she returned home from college, she worked at BBBS and became a Big Sister herself. She lived the vision of the organization “all youth achieve their full potential.”

To help continue her legacy, the Northwest AHEC partnered with BBBS of Winston Salem to create a $10,000 endowment to provide at least one $500 Roderica “Nicole” McLaurin Grant to one Little Sister or Big Sister of color to help young women achieve their highest potential. 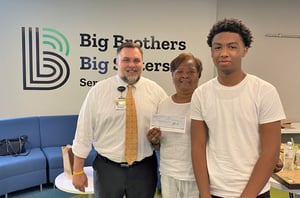 Pictured to the right is Michael Lischke with Nicole’s Mother, Stephina Walker, and Nicole’s oldest son, Kameron McLaurin, at the dedication ceremony on August 4, 2021.

Since 1977, Big Brothers Big Sisters Services has served more than 20,000 children in Forsyth and Davie counties. Today, more than 700 children are enrolled in our Community-based, Site-based, Life Skills and C.O.U.L. programs. 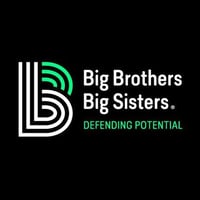 Find out more about Big Brothers. Big Sisters. at www.bbbsnc.org