A problem long-associated with developing countries, food insecurity (FI) – the lack of adequate access to food – can contribute to higher infant mortality rates even in this country, according to a study conducted by scientists at Wake Forest School of Medicine.

Data on food insecurity’s relationship to increased rates of infant mortality in the United States has been limited even though an estimated 11% of American households, or approximately 14 million people, reported lacking access to food in 2018 alone.

Published in the early online edition of the journal Public Health Nutrition, the Wake Forest School of Medicine study was conducted to determine if the correlation between food insecurity and higher infant mortality rates held true in this country. 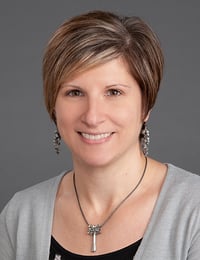 “The Covid-19 pandemic has highlighted the need for us to address this issue,” said Lisa Cassidy-Vu, M.D., assistant professor of family and community medicine at Wake Forest School of Medicine and principal investigator of the study. “This crisis has exaggerated resource disparities and increased rates of food insecurity, particularly in vulnerable populations.”

In this study, Cassidy-Vu’s team collected health data from all 100 counties in North Carolina using the 2019 County Health Report, a large database of health information from the nation’s 3,000 counties that is compiled annually by the University of Wisconsin Population Health Institute and the Robert Wood Johnson Foundation.

Cassidy-Vu’s team focused on the relationship between infant mortality (IM) and FI. IM was defined as the number of deaths of infants under 12 months of age per 1,000 live births for the period 2011-2017. FI was defined as the percentage of the population that lacked adequate access to food, based on household-level economic and social conditions of limited or uncertain access to adequate food. The researchers looked at a total of 18 different variables as potential predictors of IM, including FI.

The scientists found that the mean North Carolina county-level IM rate was 7.9 per 1,000 live births compared to 5.8 across the country, about 36% higher. The average percent of county-level FI was 15.4% in North Carolina versus 11.8% nationally, or about 30% higher. For each 10% decrease in county FI one extra infant death would be prevented per 1,000 live births per year. Applied to the state’s largest county, Mecklenburg, improving FI by 10% would save two infants. Applied across the whole state, this improvement would save 144 infants every year.

This study shows that FI is a potential predictor of infant mortality, Cassidy-Vu said. Although 18 variables that are thought to be important contributors to infant mortality were analyzed in this study, there are several others that could be examined in the future that are outside the scope of this study, she said.

“Food insecurity is a serious public health issue and needs to be addressed as such,” Cassidy-Vu said. “Our paper provides the argument that perhaps the intervention that would be most beneficial in improving rates of infant mortality in North Carolina may be the simple act of ensuring that families have enough food to eat. While more research still needs to be done, it would appear that putting efforts towards intervening upon food security could provide drastic benefits to the health of our mothers and children.”

While the findings from this study cannot be applied to the whole country, Cassidy-Vu said more studies of this kind in the United States are clearly needed.