Today the Northwest AHEC Practice Support team brings you an announcement from the Federal Office of Rural Health Policy regarding the 988 Suicide Help Line. 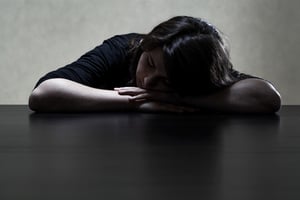 Since 1999, suicide rates in rural areas have been consistently higher than those in metropolitan areas. The U.S. is getting close to the July 16 transition to 988 – the easy-to-remember number to reach the existing National Suicide Prevention Lifeline. The Substance Abuse and Mental Health Services Administration has added downloadable print files for wallet cards, magnets, and posters to its 988 Partner Toolkit, along with key messages, frequently asked questions, fact sheets (English and Spanish), radio PSA scripts (English and Spanish), and more. To strengthen and expand the existing network of over 200 locally operated and funded crisis centers across the country, the Lifeline suicide & crisis network is looking to bring on new volunteers and paid employees to receive training to answer calls, chats, and texts from people in crisis.

A high priority  goal within the North Carolina State Health Improvement Plan is that 'All people in North Carolina live in communities that foster and support positive mental health'.

The suicide rate, the number of deaths due to self-harm, was 13.8 per 100,000 people in North Carolina in 2018, ranking 16th among US states. Gender, age, racial and ethnic group, and geography were all factors for increased rates of suicide. Men over the age of 45, American Indians, white North Carolinians, rural residents, veterans and members of the LGBTQ population present higher rates of suicide. For children age 10-17, suicide is the second leading cause of death with higher rates among African American students, Hispanic students, and students who report their race as Other. Since the rate of suicide has been slowly rising over the past 10 years, current statewide goals are to reduce the rate to 11.1 per 100,000 within the next decade.

Help spread the word about the 988 Suicide Help Line!

Health care practices in North Carolina face many challenges. Our team of quality improvement coaches (QICs) have skills and expertise to support you in your transformation efforts.

Apply for practice support services - fill out an application here

In Case You Missed It... Check Out These Recent Posts